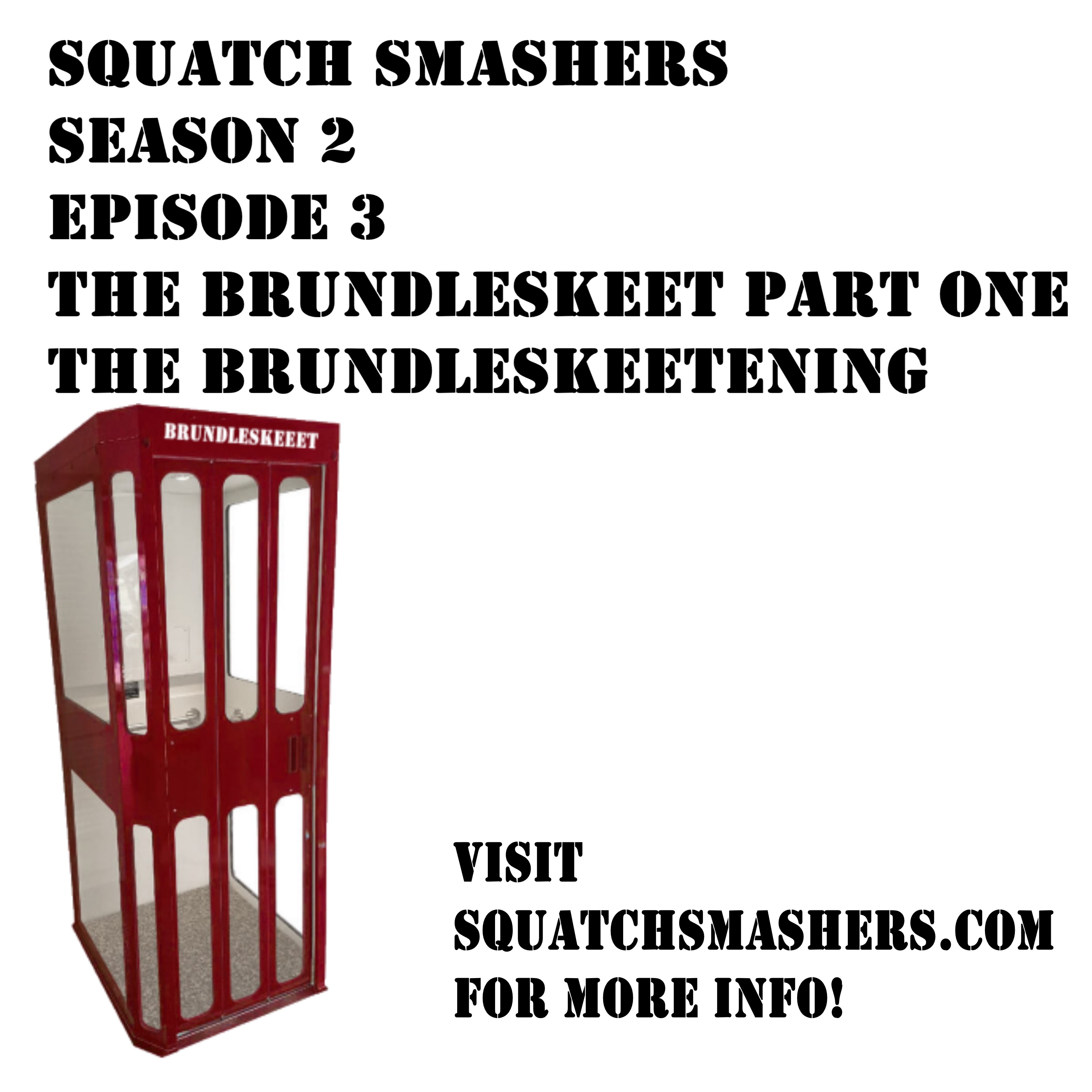 Our Heroes are on the run from an army of sassy and angry Timmy Bots! It's also the extra spooky Halloween episode!

Squatch Smashers Season 2 Episode 3 - Brundleskeet part one. Why is it called Brundleskeet? As Led Zeppelin said in Stairway to Heaven “all will be revealed”. They also had a song about squeezing lemons but that song is gross if you think about it.

Squatch Smashers was created and produced by Darren Esler

Elvis was played by Phil Porter. Phil is a 30 year veteran of the Columbus, Ohio improv community and likes to serve as a cautionary tale for young improvisers.

Everyone else was played by Darren Esler. Twitter: @smashmysquatch

You can also get T-shirts. We have some available but if you want a customized shirt with a favorite line from the show, just let me know and I will make it for you. We are the zombo com of podcasts. You can do anything you want.

Thank you for listening and go have a beverage!

Jason Paige wrote and performed the awesome new theme song and cool end credits song. He also sang the Pokemon theme song on the tv show and the video games. So why is he on our dumb little show? Again, I do not know but he is incredibly talented and you should hire him. Find out how on his webpage. http://Jasonpaige.com